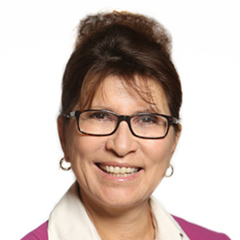 Growing up, Lula Bauer loved playing sports. Her father made sure she participated, and she often played with the boys because no sports for girls were offered. Lula’s passion for sports continued throughout high school, and in college, her major initially was physical education then Lula transferred to nursing. Lula earned a Bachelor’s Degree in nursing from George Mason University. In 1981she served on the surgical team at George Washington University Hospital that attended to President Ronald Reagan’s wounds when he was shot. The team was featured in the movie “Saving of the President” and the book, “Rawhide Down.” Still a passionate advocate for sports, Lula has been coaching soccer for more than 25 years and was always either the only female, or one of two females, in her coaching classes. While raising three wonderful (now grown) boys, Lula’s passion for promoting and providing opportunities for female athletes continued to thrive. She has mentored many female student athletes in reaching their dream of playing soccer in college. Her proudest contribution to player development is when she helped introduce the small sided format to league play, alongside Walt Lenar and Tommy Goodman, while serving on the Washington Area Girls Soccer League Board of Directors. 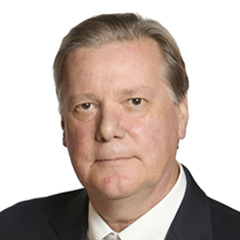 Tom Gross began his involvement with youth soccer as a volunteer all-girls U8 recreational coach in 1997, and continued coaching recreational soccer until 2012 when his youngest child aged out. As a volunteer, Tom was also a recreational age group commissioner and board member with both DC Stoddert Soccer and Virginia Youth Soccer. In 2002, Tom began working professionally as the Administrator of DC Stoddert Soccer. Currently Tom is employed by D.C. Scores. Since 2016, Tom has served as secretary for the Maryland Youth Soccer Board. He has the USSF “E’ and the USSF National Youth coaching licenses. Tom was also a grade 8 referee. Tom’s passion is enlightened youth athletic development. Tom lives in an empty nest with his wife Elizabeth in Washington, D.C. 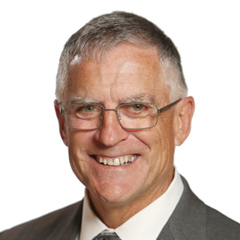 Pat Lusk is most proud of his four daughters and his patient wife of 41 years for allowing him to dedicate time to our organization, WAGS. Pat has a Master’s Degree in business administration and in personnel management. Pat has been involved in soccer for more than 50 years in various roles as a player, coach and serving as a board member. In his current role, Pat helps manage the resources necessary to support activities that provide opportunities for the advancement of women and girls. Pat served 25 years in the U. S. Army, and retired in Fairfax, where he has resided for the last 19 years. 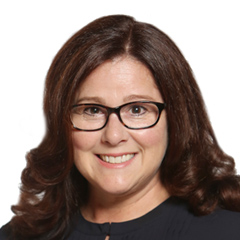 Laurie Lane describes herself as "the woman who can’t say no," So when asked to join the board for WAGS, she was happy to help. Originally from Waco, Texas, Laurie is a graduate of Texas Tech University and the Peabody Institute of Johns Hopkins University. As a former WAGS League Rep., Laurie learned how important it is to provide support for girls in sports. As Executive Director for Potomac Soccer Association, she strives to gives families a greater sense of belonging and purpose in the crowded landscape of youth soccer. She also serves on the board of directors of the Maryland State Soccer Association, and is the volunteer coordinator for the National Philharmonic Chorale at Strathmore Performing Arts Center as well as a soprano performer. Laurie is a founding member of Red Raider Softball, a girls-only non-profit fast pitch organization in Maryland. Officially an empty-nester, Laurie is passionate about helping provide opportunities for women and girls in the soccer community and in the world. A former soccer team manager and booster club mother, Laurie has two grown girls and a son that is currently pursuing his soccer career at the college level. 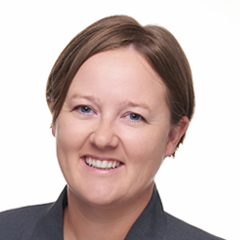 Jane Dawber is a soccer coach and director of coaching from England. She has been coaching soccer professionally in the USA since 2002, and focuses on skill development in the youth game. Jane holds her UEFA badges, USSF licenses, FA Youth modules and a National Youth License. She attended Holycross College in England where she received her A-Levels in physical education. Jane has a passion for empowering girls and women in soccer, and she is excited about the WAGS mission to provide players, coaches and referee’s more opportunities to learn and grow through the love of the game. 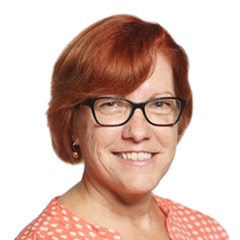 Sally D’Italia became involved with WAGS when her youngest daughter started playing in a league at the age of 10. For over 15 years, Sally has served in a variety of positions from club representative to state registrar to serving on the WAGS board. Sally has a Master’s Degree in early childhood education and is very active in the Washington, D.C. early childhood community in the areas of advocacy and public policy. The desire to create change and have a positive impact is what draws Sally to WAGS and its mission. 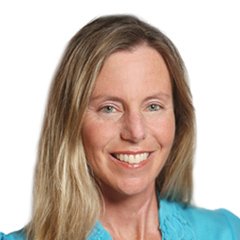 Kerry has been involved in local area soccer for 12 years since moving here from southern California with her husband and three children, now all teenagers. She has held roles as a parent, team manager, club representative for Herndon Youth Soccer for NCSL and WAGS, tournament staff and served as a board member of WAGS (the former league). Kerry has seen firsthand through her oldest daughter how soccer can have a positive and life changing effect on a girl; her oldest daughter will be playing college soccer starting fall of 2018. Kerry has a background in marketing and is most excited about seeing soccer used as a platform to empower women and girls to reach their full potential and impact their lives in a positive way.

NO GOOGLING ALLOWED. 🤔 Every answer must start with the first letter of your LAST name. THIS IS HARDER THAN YOU THINK WEAR - DRINK - PLACE - FOOD - ANIMAL - GIRL’S NAME - BOY’S NAME - PROFESSION - SOMETHING IN YOUR HOME - BODY PART - Keep it going COPY, PASTE - send pic.twitter.com/NUHLbVrrTE